Burkittsville is surrounded by small hamlets and communities with histories that extend back as early as the town itself. Broad Run, located at the intersection of Catholic Church, Picnic Woods, and Broad Run Roads, was settled in the mid-18th century as the surrounding land was purchased for farms by English and German families. Among these families were the Arnolds, Huffers, Houses, and Groves. Broad Run had its own post office from 1868 until 1901. A brick store was constructed at the intersection by Manasses J. Grove in 1851 and in later years was operated by the Huffer and Beachley families. Broad Run also had its own school house and the Pleasant View Church of the Brethren was organized in the village around the time of the American Revolutionary War. 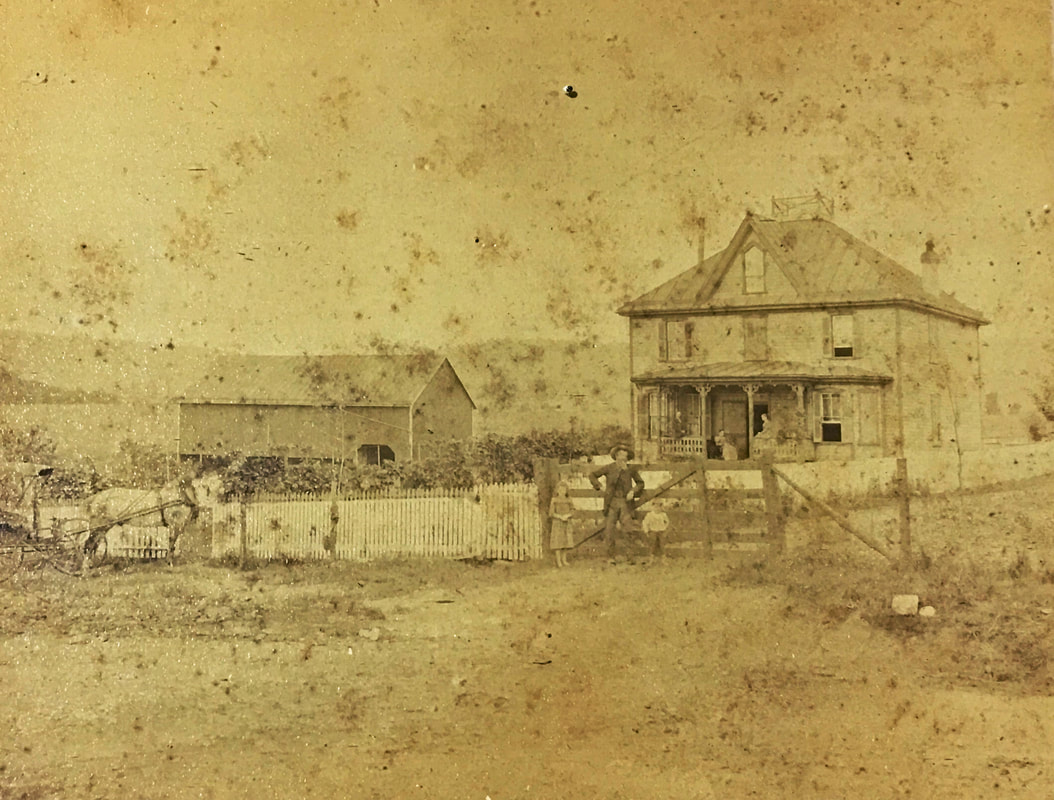 The David Ausherman Farm, seen in this late-19th century photograph, stands on Picnic Woods Road opposite the Pleasant View Church of the Brethren.  The original alignment of the road leading from Burkittsville north towards Middletown (today's Maryland Route 17) originally ran along the front of the Ausherman Farm, but has since been rerouted to the east. Photograph donated by Rick and Denise (Guyton) Boyer​. 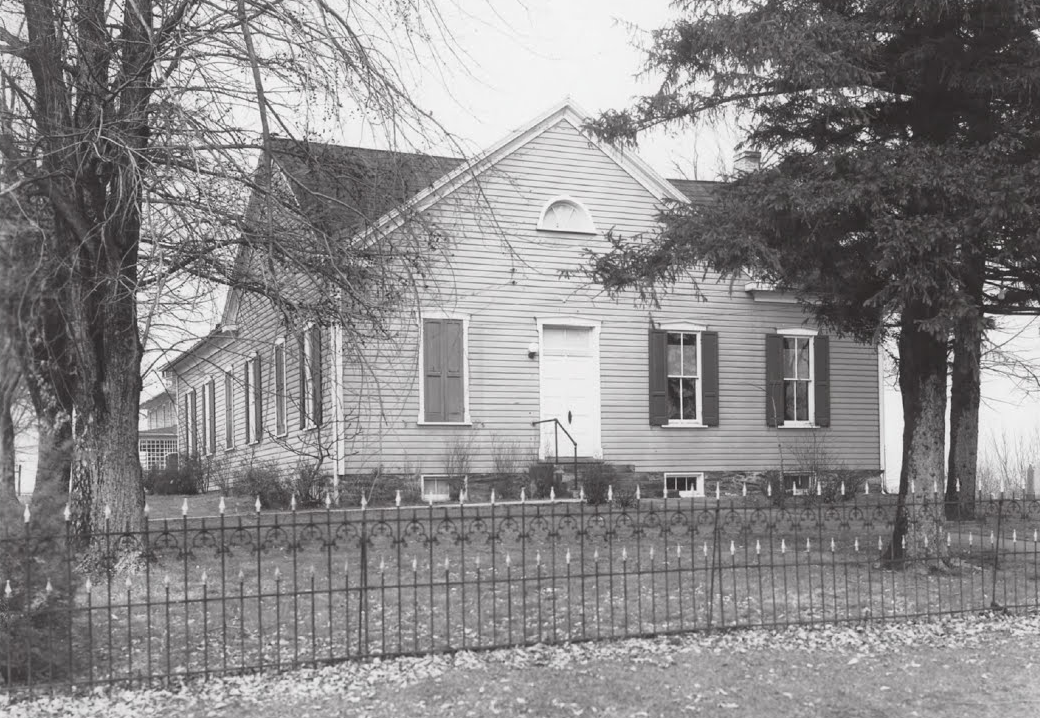 The Dunkard Brethren Congregation of Broad Run was organized during the years of the American Revolutionary War and met seasonally in schoolhouses and private homes around the area for a century before the present church was erected in 1876. At the time of its completion, the long-serving minister of the church, Burkittsville native Emanuel Slifer, purportedly gave the congregation its present name "Pleasant View," referring to the sweeping vista of the valley from the church's hill-top site. Photograph from the Brethren Historical Society and Archives​.
Locust Valley is a small village of houses, churches, and small farmsteads scattered along the base of Lamb's Knoll, the second-tallest peak of South Mountain during its run through Maryland. In 1741, Miles and Frances Foy received the first land tract patents within present-day Locust Valley after fleeing a violent conflict in their home community north of Baltimore, land that was disputed between Pennsylvania and Maryland. The first recorded instance of the name "Locust Valley" is found on a land tract from the 1790s. The village began to take shape in the mid-19th century and by the time of the Civil War, Locust Valley had a church and a schoolhouse. By the turn of the 20th century, Locust Valley grew to include two schools (one for white and another for African American children), two churches, general stores operated by the Younkins, Rohrback, Marker, and Freed families, and a butcher shop owned by the Burtner Family. Today, Locust Valley is a quite community that has preserved its rural character.

For half a century, the heart of the community of Locust Valley was the large general store that was built by the Marker Family in the early-20th century. Dorye Davis Marker built the store into a thriving business which sold groceries, hardware, feed, and gasoline. The Markers also operated a grain elevator and chicken hatchery, known as the "South Mountain Hennery Company" on the adjoining property. In 1933, Marker sold the store to Edwin and Mary Freed, who operated it until 1965. Photograph donated by Velma (Burtner) Shepard. ​ 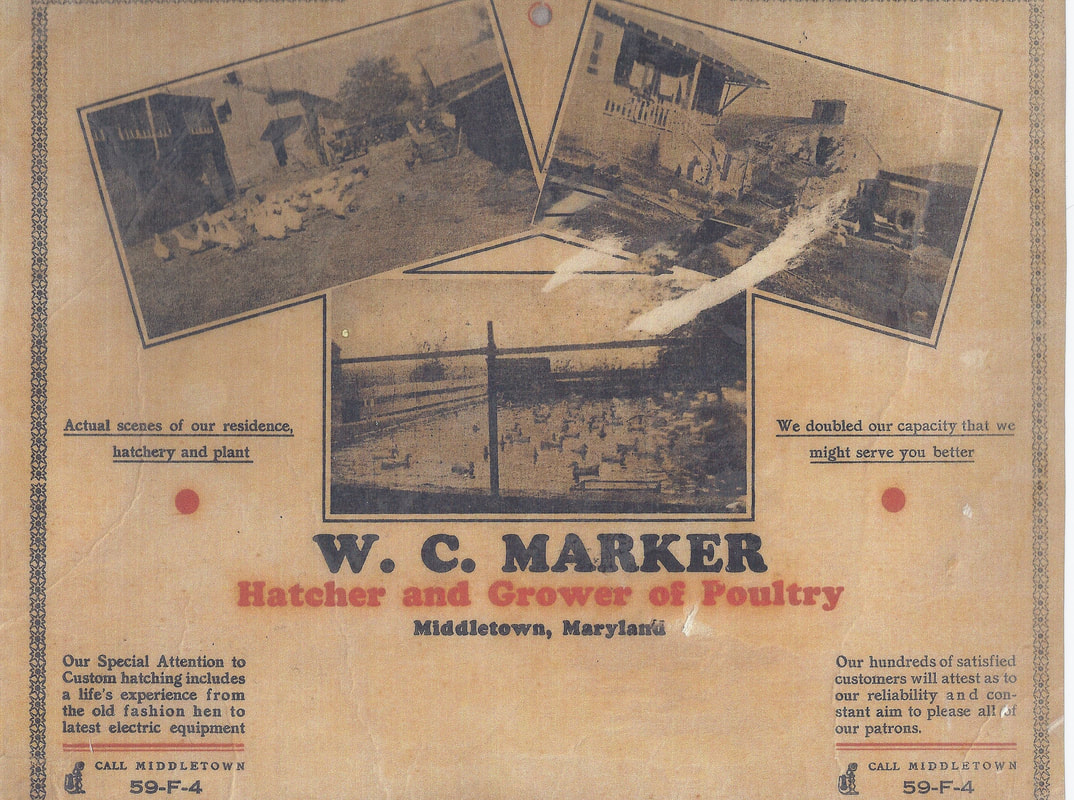 Dorye Marker's brother, William Carlton Marker and his wife, Bettie, operated the chicken hatchery and granary in Locust Valley from the early-1920s until William's tragic death from an automobile accident in 1934. Photograph donated by Velma (Burtner) Shepard. 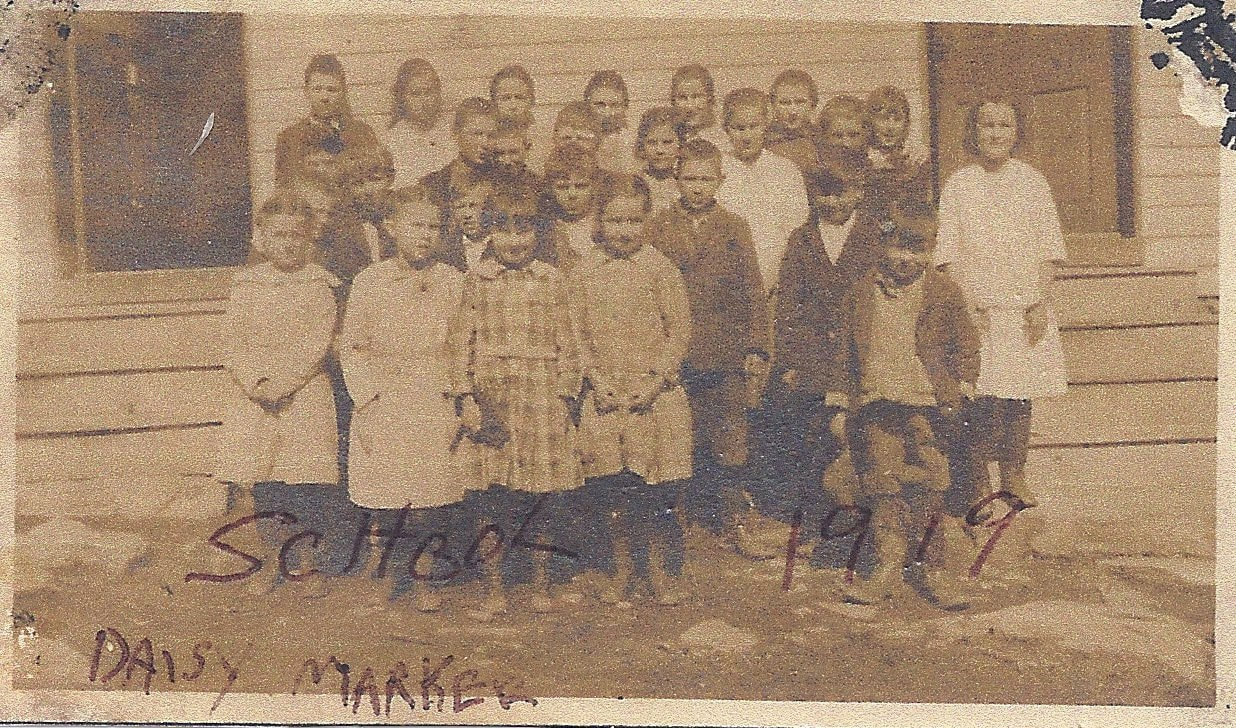 Students gather for a class photograph outside the Locust Valley Schoolhouse in 1919. Among the students are Carroll Younkins, Dorothy Sigler, Mary Young, Mary Marker, Pauline Moss, Elsie Rohrback, Orpha Rohrback, Annabelle Rohrback, and Daisy Marker. The teacher of the school at this time was Mabel Fern Weddle, later the wife of Dorye Davis Marker.
​Photograph donated by Velma (Burtner) Shepard. 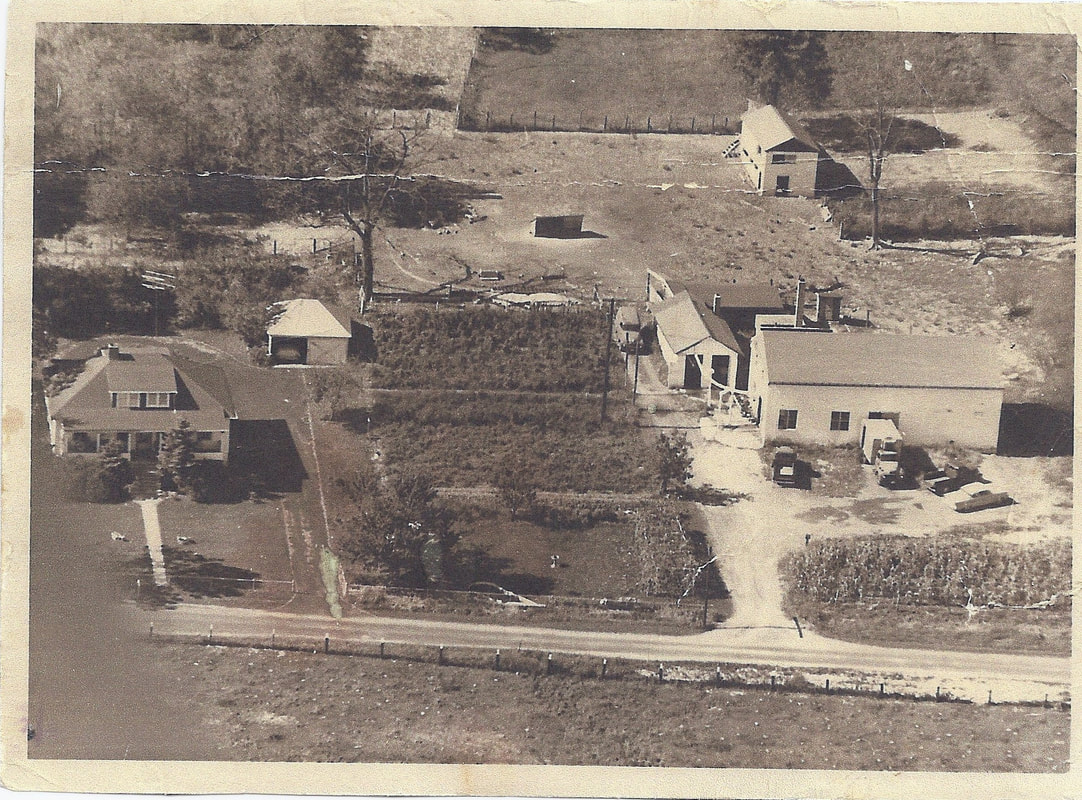 For many years, people relied on the Burtner Family in Locust Valley for their country hams. Burtner's Meat Market was a thriving enterprise managed by two generations of the family, originally founded by Noah Burtner. The family lived in the Craftsman-styled house seen next door to the butcher shop, built in 1938. Photograph donated by Velma (Burtner) Shepard​.